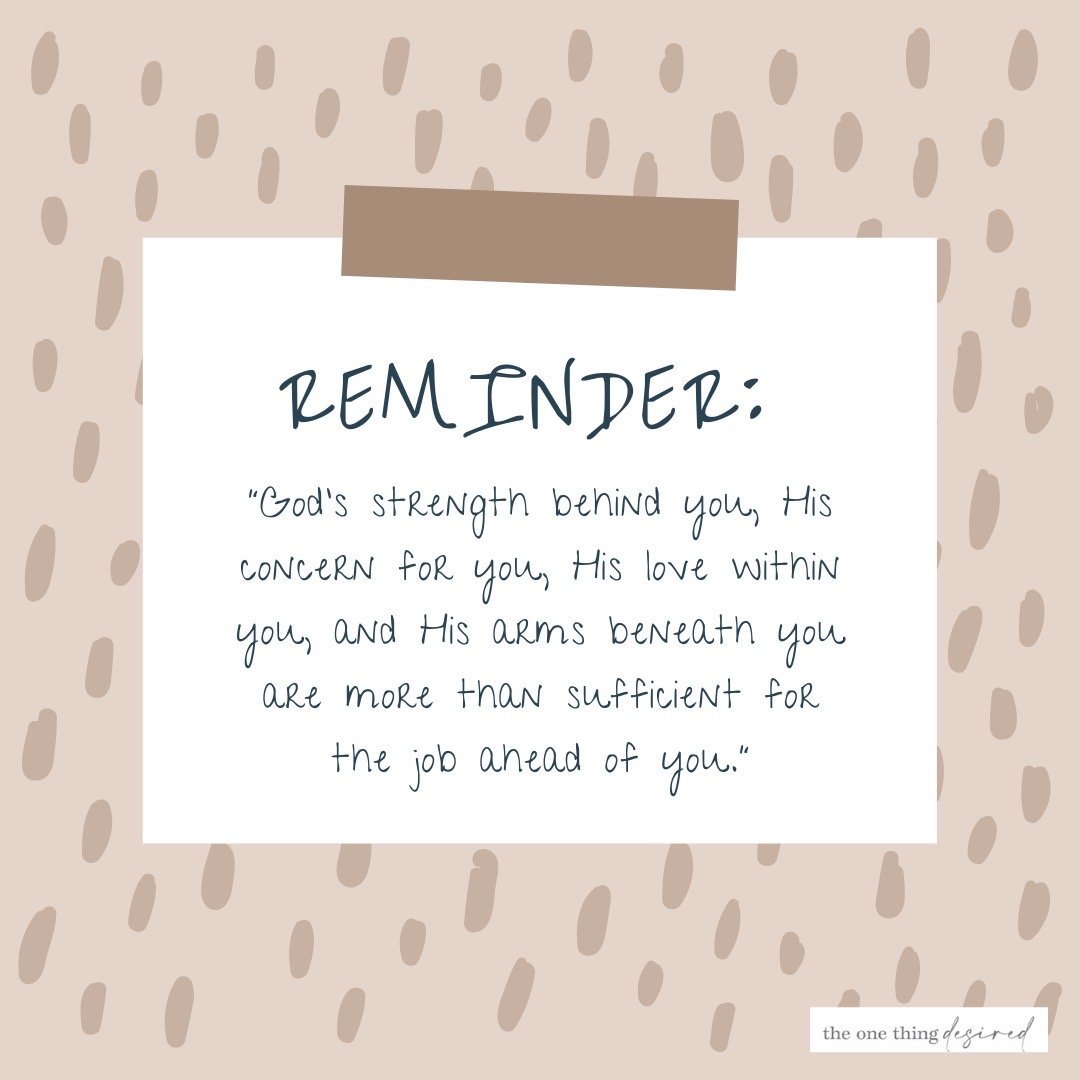 “God’s strength behind you, His concern for you, His love within you, and His arms beneath you are more than sufficient for the job ahead of you.” William Arthur Ward

What a great reminder for whatever He has called you to today, tomorrow, or in this season.  His grace is truly sufficient.

It doesn’t mean perfection. It doesn’t even mean an earthly perception of success. Why?  Because His purposes extend beyond what we can see or are able to measure.  And besides, that’s not what it’s about anyways.

That which He has called you to – that “job ahead of you” – whether in the home, in school, in the office, or on the mission field – is meant to bring Him glory. It is meant to shine the spotlight onto Him.

Yet when we forget that, and mistakingly believe it is about us, when we forget  that He is with us – and that He is enough – we tend to react like Moses, saying “I can’t do that!  I’m not good at that!  Send someone else!”

The truth of the matter is everything is by His grace. Everything is for His glory. What is asked of us is simply to trust and obey.

Shortly after graduating college and having had the opportunity to study abroad in Paris, I traveled to Togo, Africa. We taught the Bible to women and children, having a translator for both French as well as the local language. The pastor, knowing I was fluent in French, asked me to begin teaching in French, without using the translator. I replied, “Oh no!  I can’t do that!  What if I mess up the teaching?  What if I don’t know some of the words?  What if, what if, what if?!” He insisted, pointing me to the very fact that He, indeed, is sufficient.

Sometimes we will never know, really know, this truth until we allow Him to stretch us.

Shortly thereafter while in Togo, as I was sharing the Gospel in French, those I was speaking with burst out laughing.  It turns out that instead of saying, “Everyone is a sinner,” I said, “Everyone is a fisherman.”  There!  It happened!  My fear of getting it wrong and messing up the message happened. Guess what?  It wasn’t as bad as I thought. I joined them in laughter, they taught me the correct pronunciation for the word “sinner,” and God’s Word (and work) still went forth.

Sometimes we may just think a little too much depends upon us.

We are called to be faithful. To trust. To obey. He accomplishes His purpose. Causes the growth. Does the work.

With His strength behind us, His concern for us, His love within us, and His arms beneath us, may we take heart as we take that step – the step He is calling us to take. The job He has placed before us. Always looking to Him. Always depending upon Him. Always for His glory.