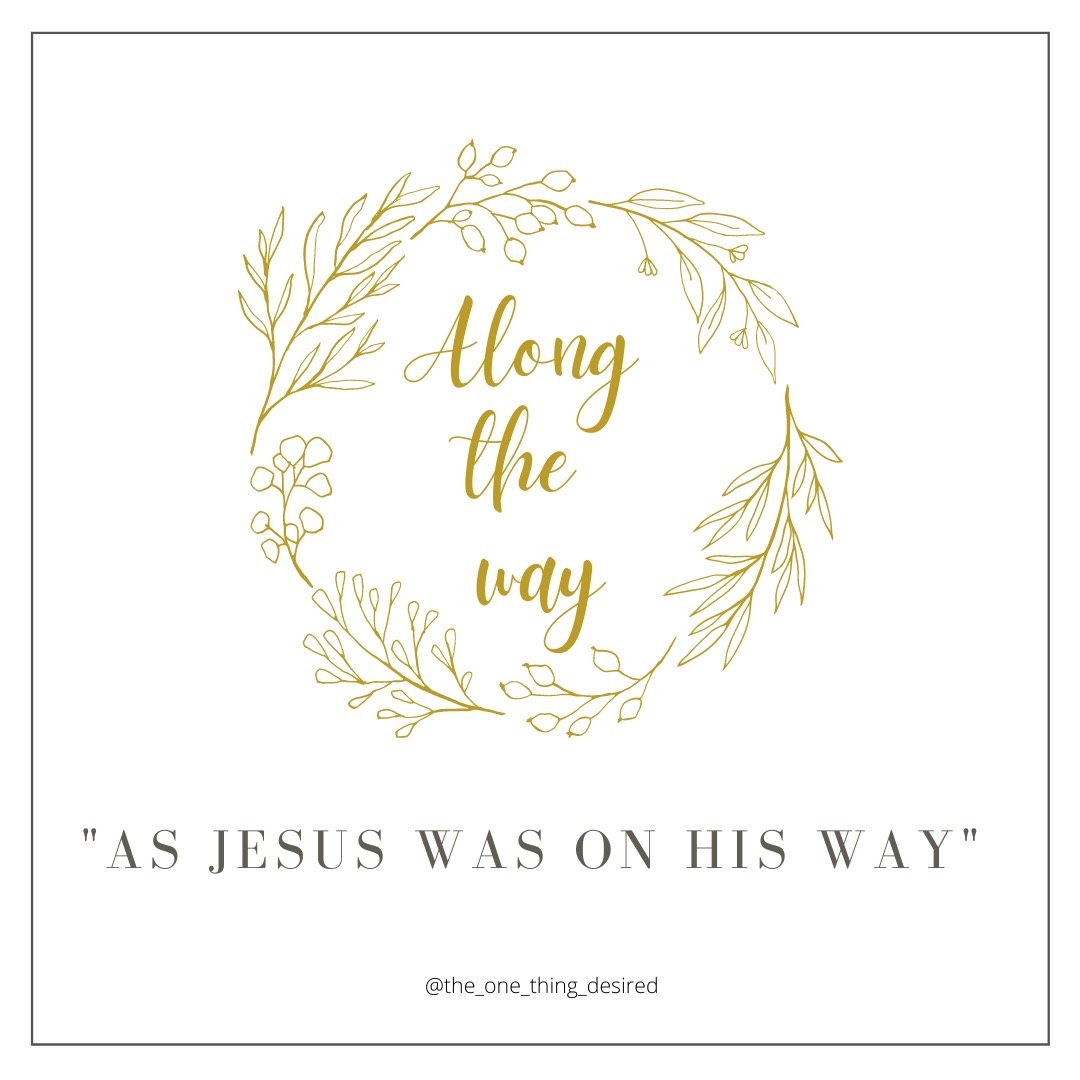 As Jesus was on His way to the home of Jairus, in order to heal his daughter, we read one of the most captivating accounts of His earthly ministry: a woman who had been subject to bleeding for twelve years pushed through the crowds, reached out, and touched the fringe of His robe.  Immediately the bleeding stopped.  Immediately Jesus stopped.  He asked, “Who touched Me?  I know that power has gone out from Me.” The result?  The scared, trembling woman fell at His feet and heard the words she never could have imagined hearing: “Daughter, your faith has made you well.  Go in peace.”

Earlier in the same chapter (Luke 8), Jesus said to His disciples, “Let’s cross to the other side of the lake.” They climbed into the boat and began to cross to the other side.  After Jesus fell asleep, a fierce storm arose. Fearful for their lives, they woke Him up, shouting, “We’re going to drown!”  Jesus rebuked the wind and the waves, the storm calmed down, and the disciples were amazed.

In both instances, Jesus set out for one reason, one purpose but someone – or something – happened “along the way.”

In the case of traveling to Jairus’s home, the interruption led to a woman’s healing and encountering of Christ. We read that in response to His question, and in the presence of all of the people, she told of why she had touched Him and that she was instantly healed.  In that moment of interruption, multitudes heard her testify of the mighty power of God.

In the case of crossing the lake, the purpose was presumably a simple one: getting to the other side.  Yet the interruption of the storm, too, led to an opportunity for the disciples to encounter Christ in a greater way, to be convinced of His mighty power, and for their faith to grow.

I am reminded of an account in 1 Kings 18, when the Lord told Elijah to tell King Ahab that He will soon send rain (verse 1).  By the end of the chapter (verse 44), the message was the same: the rain is coming!

But do you remember what took place between verses 1 and 44?  A show down of epic proportion!  Elijah was joined by 450 prophets of Baal and 400 prophets of Asherah on Mount Carmel, in the presence of all of Israel, to see who was the true God (verse 24). Although the prophets of Baal called upon the name of their god all day long, nothing happened.  No answer came.  Baal did not set fire to the wood, which was the agreed upon test.  When it was Elijah’s turn, he, too, piled wood on the alter and laid the pieces of the bull on the wood.  He then, however, poured water over the offering and the wood – again and again – so much so that water drenched the alter and even filled the trench surrounding the alter.  He prayed, “O Lord, answer me! Answer me so that these people will know that you, O Lord, are God and that you have brought them back to yourself.”  We read that “immediately the fire of the Lord flashed down from heaven and burned up the young bull, the wood, the stones, and the dust.  It even licked up all the water in the trench!  And when all the people saw it, they fell face down on the ground and cried, out, ‘The Lord – he is God!  Yes, the Lord is God!’”  (verses 37 – 39)

This edge-of-your-seat account, sandwiched between the same two messages that rain was coming, reveals the ultimate purpose of every God-ordained-interruption in our lives: a revealing of and returning to God.

Whether it is to show His power or His tenderness and care, for others to hear of His glorious deeds, or an opportunity for faith to grow, it always, always, involves the purpose of encountering Christ, knowing He is God, and having our hearts turned more and more towards Him.

So as WE go on OUR way, we may have a purpose in mind, a mission to accomplish, a task to complete, but let us look for those moments along the way, that the Lord is allowing in order for US to encounter Him, recognize His power, experience His healing touch, or to stretch our faith.

And let us also be willing to be interrupted or inconvenienced, that along the way, we might have eyes and hearts wide open in order to see the opportunities in front of us, to allow another to encounter Him, hear His Word, see His care, or know of His power through us.

As we pray for Him to have “His way,” may we remember that so much can happen “along the way.” May we not miss it!