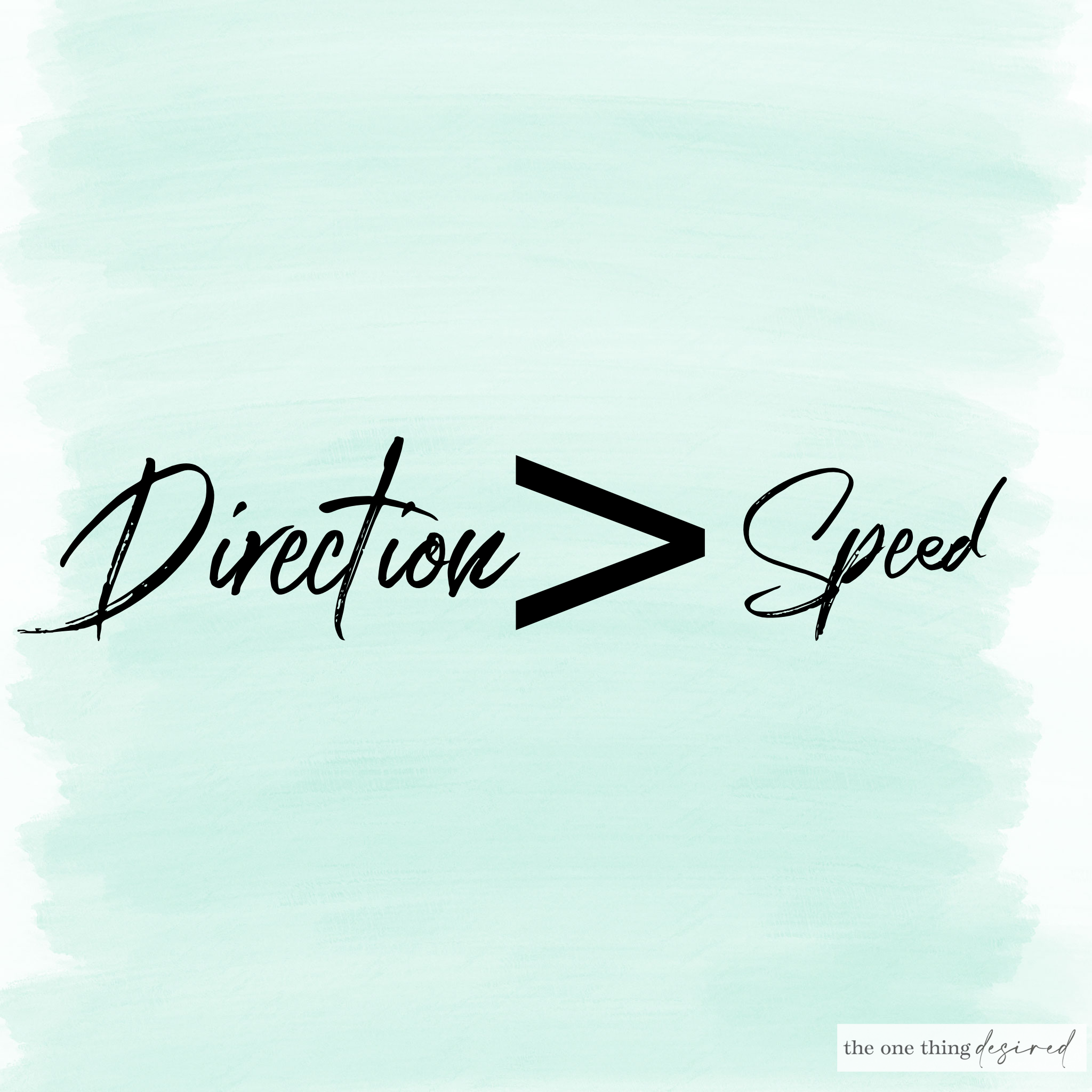 A reminder that it’s not about the speed.  It’s about the direction.

For all who are tired, discouraged, and feel beaten up, for those who are considering  giving up, please remember: it’s not the speed that matters. It’s the direction.

As I sat in my doctor’s office discussing the lingering affects of covid, she said, “As long as there is improvement, however slow it may be, it’s ok.”

In other words, as long as there is progress, don’t worry about a time table.  What a life ~ and spiritual ~ principle as well. Sometimes the progress, the growth, the change is slow. Sometimes it’s a mere crawl. The speed does not matter. The direction, however, does.

Paul wrote, “Not that I have already obtained all this, or have already arrived at my goal, but I press on to take hold of that for which Christ Jesus took hold of me. Brothers and sisters, I do not consider myself yet to have taken hold of it. But one thing I do: Forgetting what is behind and straining toward what is ahead, I press on toward the goal to win the prize for which God has called me heavenward in Christ Jesus.”  (Philippians 3:12-14)

Paul acknowledged that he “hadn’t arrived” and he was still a work in progress.  And while in progress, what did he do?  He forgot what was behind. He strained for what was ahead. Direction.

Have you ever tried to go forward while continually looking back?  It doesn’t work, does it?  It’s been said that in the spiritual life, direction makes all the difference.

Paul shared two key phrases for us to consider as we think about OUR direction: “forget what is behind” and “strain toward what is ahead.”

In the Bible, “to forget” means “to no longer be influenced or affected by.”  It means we don’t allow the past to control or influence our present. Paul was continually forgetting. It was his pattern to do so as he “strained toward what was ahead” (literally as he “stretched forward”).

For those feeling stuck or discouraged, take Paul’s example to heart.  Focus less on the speed and more on the Savior. HE is the Prize toward which we run and HE is the One who accomplishes the work!  We can declare, along with Paul, “I am certain that God, who began the good work within you, will continue his work until it is finally finished on the day when Christ Jesus returns.” (Philippians 1:6 NLT)

It’s been said that the motto of the Christian is, “Onward and upward!  Progress in the divine life!”