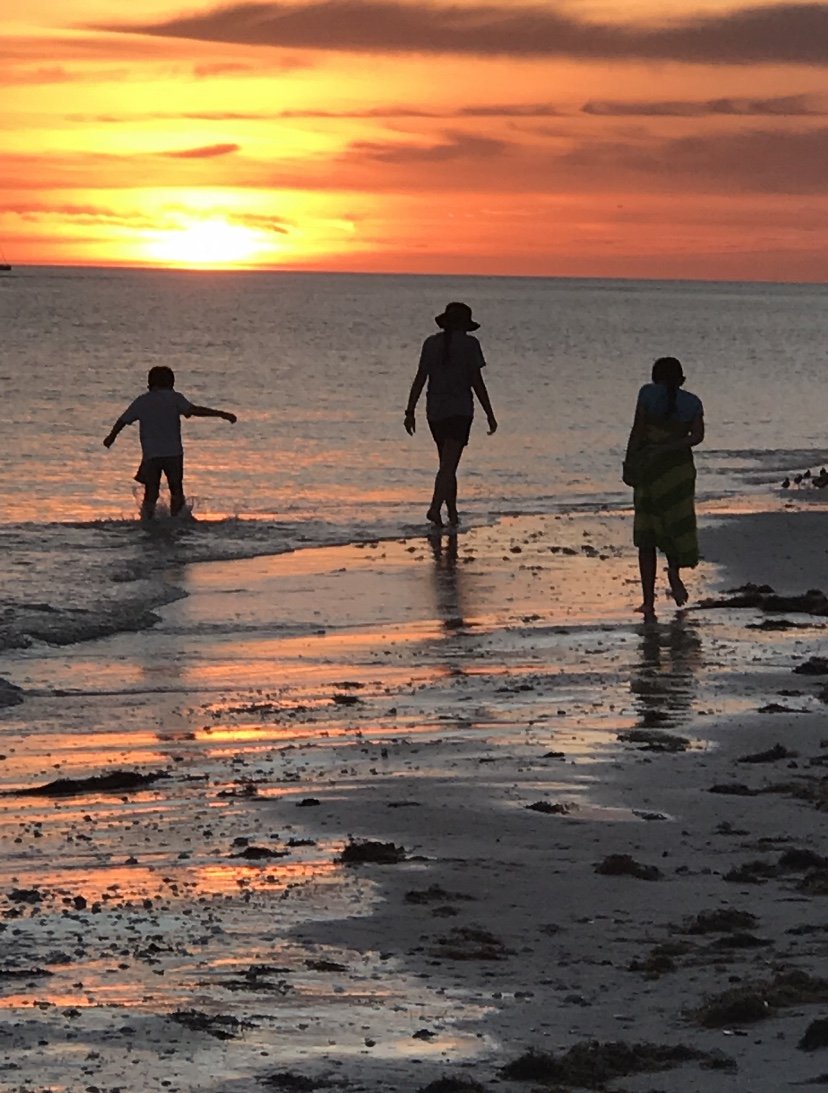 One winter evening, I was running late (as usual) getting my girls to soccer practice. They were only going to be a couple minutes late, which was no problem, I rationalized. As I drove, my children and I enjoyed each other’s company with light hearted conversation and laughter. I was taking it all in, thanking the Lord for these joyful moments that He sprinkled throughout the day when I suddenly realized I was on autopilot and headed to the church – in the opposite direction! The worst part? This wasn’t the first time I’d done this. How could I make this mistake twice?! Now my daughters would be 20 minutes late. The lighthearted joy I had just felt vanished and my girls’ laughter turned into moaning, all because of my careless mistake. In my frustration I said, “Ugh!! Why do I always drive to church!!???” My youngest son, then 6 years old, piped up from the back seat, “I know,” he eagerly said. I thought to myself, “I really don’t want to hear an answer to this question right now!” Quietly and reluctantly I replied, “Why?” I was certain his answer would be something like “Because you are so scatter brained,” “You never have it together,” or some other scathing criticism concerning my mothering, because such was the dialogue that was taking place in my mind at that moment.

Instead, my young son replied, “Because you follow Jesus. Church is His House. And that’s where you want to be.” I was speechless while I soaked in the truth of that statement.

I was reminded of Paul, who said, “Follow me as I follow Christ” (1 Corinthians 11:1). He was telling them to follow his example as he followed the example of Jesus. He told these Corinthian believers this same thing a few chapters earlier when he wrote, “I am not writing these things to shame you, but to warn you as my beloved children. For even if you had ten thousand others to teach you about Christ, you have only one spiritual father. For I became your father in Christ Jesus when I preached the Good News to you. So I urge you to imitate me (1 Corinthians 4:14-16).”

Paul’s words point us to two simple yet powerful truths: 1) We are called to follow Christ and 2) We are to invite others into our lives to follow us as we follow Him. Who can you share your life with, as Paul did with the Corinthians, in becoming someone’s “spiritual mother?” For some it may be your physical children or grandchildren. Use the years you are given with them to exemplify what it means to be a follower of Christ. For some it may be spiritual children, those who become children to you through the pouring of your life into their’s. What a high calling, privilege, and charge we have been given! Yet this does not mean we must be perfect. If it did, we would simply be able to tell others to follow us! We are rather to point beyond ourselves to the only perfect one, Jesus Christ. We are free to simultaneously be works-in-progress who are following Christ, inviting other works-in-progress to follow us as we follow Him. This means we can teach, by example, truths such as: repent as I repent, ask for forgiveness as I ask for forgiveness, trust in His unfailing love as I trust in His unfailing love, pray in faith as I pray in faith, believe His Word as I believe His Word, serve as I serve….