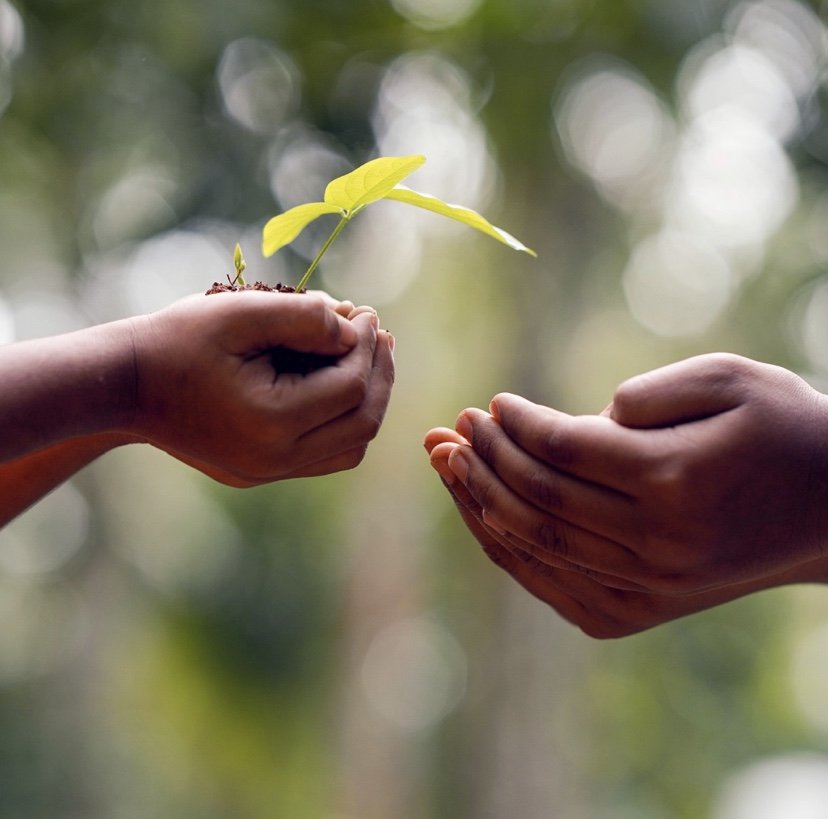 Leading up to his birthday, my son asked, “Can I have a $57 Amazon gift card for my birthday?”  “Sure,” I replied, “what do you want to buy?”  He explained it was not for anything that HE wanted.  Instead, what his brother wanted for Christmas cost $57; the only way he would be able to buy it is if he received a gift card.  He knew that in order to give, he first needed to receive.

How true this is for us as well!  We are asked to give to others what we have first received from the Lord ourselves.

Are you being asked to love a difficult person?  Forgive an offense?  Be kind and tenderhearted?  Serve the ungrateful?    Whatever it is, Christ exemplified it first.  Yes, first you were the recipient of whatever it is that you now are being asked to give.

One day Jesus told the story of a king who decided to settle accounts with his servants.  There was a man who owed him “ten thousand bags of gold.”  Unable to pay such an immense debt, the master ordered that he, his family, and all he owned be sold in order to repay the debt.  Falling down before the master, this man cried out, “Master, have patience with me, and I will pay back everything.”  The master was moved with compassion, released him, and forgave him the debt.  However, as the servant went on his way, he found a fellow servant – one who owed HIM “a hundred silver coins.”  Just as he himself had done, this fellow servant fell to his knees and cried, “Have patience with me, and I will pay it back.”  This man, this recipient of compassion, grace, mercy, kindness, and forgiveness, had just been released from a debt of “ten thousand bags of gold.”  With his debt no longer held against him, released from such a burden, he refused to extend (for a much lesser debt!!) what he had received.  Instead, he had the man thrown into prison until he could pay the debt.  When the master heard what had happened, he called for the one he had forgiven: “I cancelled all that debt of yours because you begged me to.  Shouldn’t you have had mercy on your fellow servant just as I had on you?”  (see Matthew 18)

Do these words pierce your heart, as they pierce mine?  “Just as I had on you…” removes any sense of entitlement or rights as well as any form of excuses or rationalizing.  I come face to face with how kind, generous, gracious, merciful, loving, and compassionate the Lord has been towards me.  In gratitude and humility I wonder: As I have received, how could I not give?

When we primarily view ourselves as the giver, we set ourselves up to analyze the recipient’s worth and if he or she deserves what we are about to bestow (whether love, forgiveness, or any other grace).  However, when we primarily view ourselves as the recipient – of GOD’S love, forgiveness, and grace – we are moved and motivated by gratitude.  It does not automatically make it easy, but it does bring into focus that we, too, were undeserving, unworthy, and have been so graciously dealt with!

Unlike my surprise regarding my son’s birthday request, having never expected him to have such a thought, the Lord DOES expect us to “have such a thought” towards our brothers and sisters.  May we make this our prayer: that “just as I had on you” would permeate our hearts and BY THE GRACE OF GOD, affect our actions:

“Get rid of all bitterness, rage, anger, harsh words, and slander, as well as all types of evil behavior.  Instead, be kind to each other, tenderhearted, forgiving one another, just as God through Christ has forgiven you.”  (Ephesians 4:31-32)

“This is how we know what love is: Jesus Christ laid down his life for us. And we ought to lay down our lives for our brothers and sisters.”  (1 John 3:16)

By His grace and for His glory, as we have so freely received, may we so freely give.