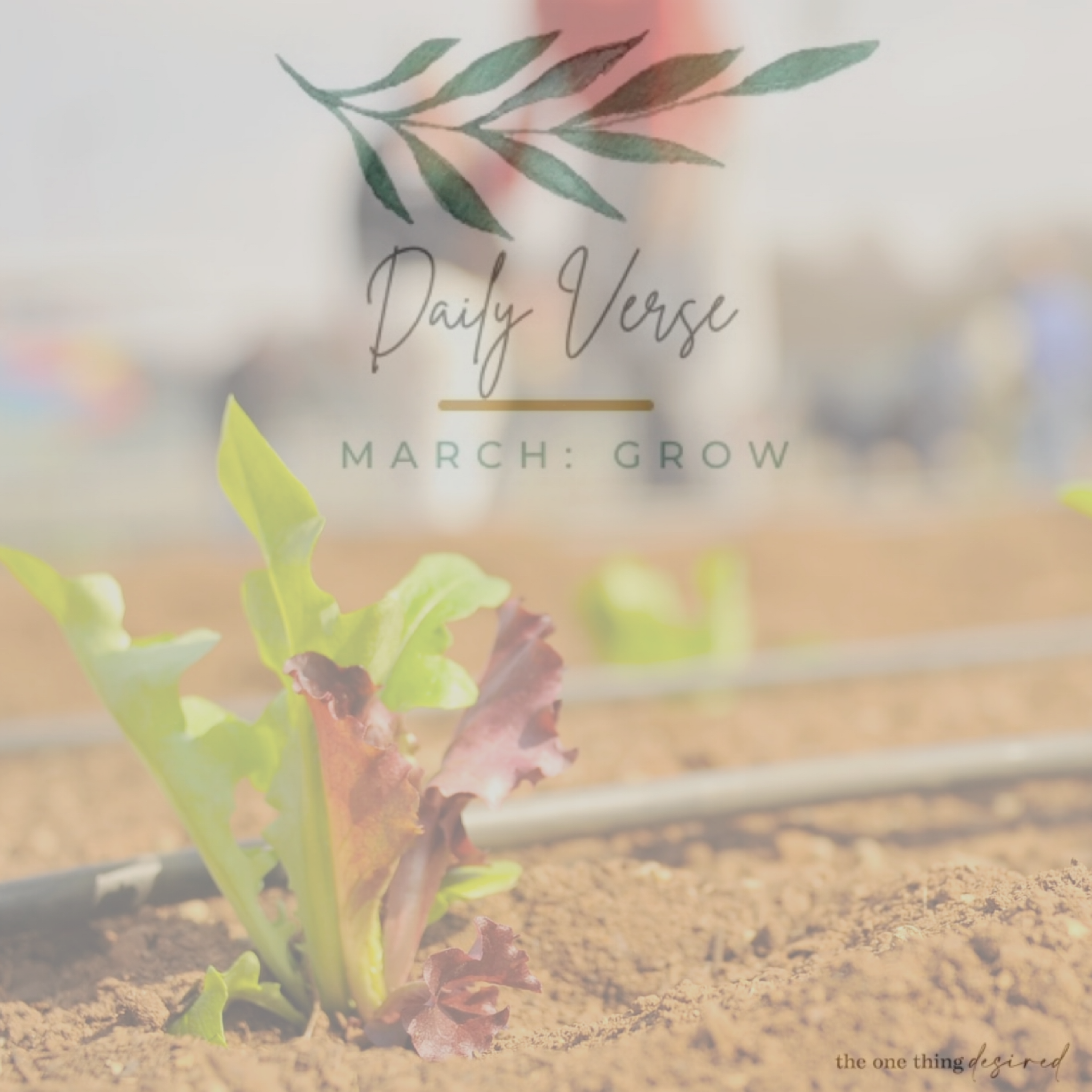 Soon it will be time to plant our garden.  While still new at this, it brought such delight to our hearts last summer to just step outside and be able to pull basil leaves, parsley, oregano, or even peppers and tomatoes.  But as I look at the garden-to-be, reality sets in: it needs some work.

I am reminded of the parable told by Jesus of the sower, the seed, and the soil.  These verses have comprised the past four days of our daily prayer verses for March because the “work” needing to take place within the soil of our hearts (or those of our loved ones’ hearts) largely takes place through prayer.

Just as we would not expect the garden to prepare itself or the seed to plant itself but rather would look to the gardener for that, I know I am in absolute dependency upon the Master Gardener’s grace and mercy to work within me to create a heart that can grow in Him.  I am in utter dependence upon His Spirit to create in my heart the type of soil that would “hear the Word, retain it, and produce a crop.”

Yet, simultaneously I know I have a part to play in this as well.  Yes, this parable provides the WORDS to pray but also a WARNING on how to watch over my heart – and what to be on the lookout for – that would disrupt the good soil.

Words to pray FOR my heart and warnings to watch OVER my heart ~ and of course the hearts of my loved ones as well.   For as G. Campbell Morgan stated,  “The fallow ground can be broken up.  The hard and flinty rock can be shattered.  The thorns that choke can be uprooted.”

“While a large crowd was gathering and people were coming to Jesus from town after town, he told this parable: ‘A farmer went out to sow his seed. As he was scattering the seed, some fell along the path; it was trampled on, and the birds ate it up.  Some fell on rocky ground, and when it came up, the plants withered because they had no moisture.  Other seed fell among thorns, which grew up with it and choked the plants. Still other seed fell on good soil. It came up and yielded a crop, a hundred times more than was sown …. This is the meaning of the parable: The seed is the word of God. Those along the path are the ones who hear, and then the devil comes and takes away the word from their hearts, so that they may not believe and be saved. Those on the rocky ground are the ones who receive the word with joy when they hear it, but they have no root. They believe for a while, but in the time of testing they fall away. The seed that fell among thorns stands for those who hear, but as they go on their way they are choked by life’s worries, riches and pleasures, and they do not mature. But the seed on good soil stands for those with a noble and good heart, who hear the word, retain it, and by persevering produce a crop.
(Luke 8:4-8, 11-15)

Let it be so in us, Lord, that our hearts would be that good soil!