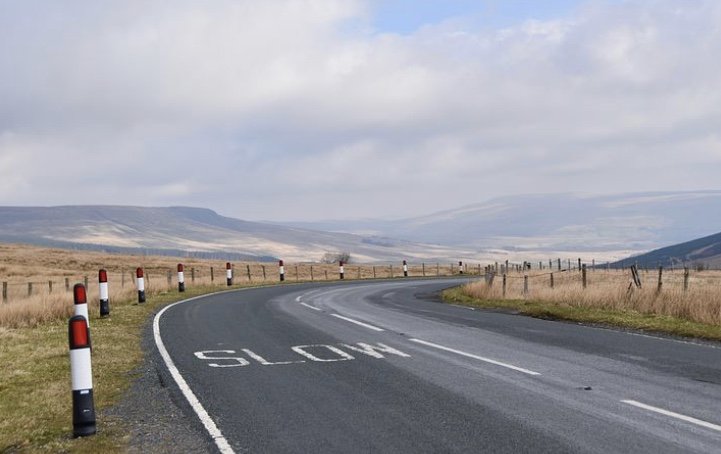 A story is told of a hiker who was attacked by a mama grizzly bear in Yellowstone National Park.  Evidently, the hiker and his wife “surprised” the mother bear and her cubs.  The bear did not realize, of course, that the hikers intended to do them no harm.    The statement released by The National Park Service read, “In an attempt to defend a perceived threat to her cubs, the bear attacked and fatally wounded the man.”

We often come face to face with “perceived threats,” don’t we?  However, our threats are not likely to be found in the form of a grizzly bear but rather in the form of other people’s words and actions.  Like the mama bear, when we feel threatened, we react.

Equally concerning, if not more, is when we are the ones doing the “attacking.”

Proverbs 18:19 states it like this, “A brother offended is harder to win than a strong (or “fortified”) city, and contentions are like the bars of a castle.”

We are living at a time when it is so incredibly easy to offend or to be offended. Not only does everyone seem to have something to say, everyone has a means of expressing it.  In this Proverb, we can learn how to be both wise speakers and wise listeners. We are given the invaluable lesson necessary for both our mouth and our ears, which is: slow down and proceed with caution.

The very purpose of a “proceed with caution” sign is to eliminate unnecessary collisions and accidents.  How many “collisions” do we experience unnecessarily in our relationships due to offenses or contentions?  Just as a caution sign warns the driver of any risks ahead of them, God in His infinite wisdom warns us of the risks that await us when we don’t slow down both our speech and our response to that which we’ve heard.

We are told in this Proverb that we could have a harder time winning back a brother (anyone we’ve enjoyed a relationship with or anyone we are simply called to love in the name of Christ) than winning a fortified city.  A fortified city was one that had incredibly strong defenses.  The whole purpose of such defenses, such as a massive wall and inner strongholds, was to protect against outside threats.  Indeed, it was hard to win a fortified city.

The Proverb continues to describe contentions as “bars of a castle.”   It is believed that even if the enemy was able to penetrate the walls of a fortified city, it would be nearly impossible to break through the bars and enter the castle.

What a devastating picture! Yet such is the potential outcome from an offense or contention: the absolute closing off of a relationship and the erecting of bars around our heart or the heart of a brother.  Instead of delivering a fatal blow to the “attacker,” as was the case with the mama bear, the result of an offense is often, over time, the death of a relationship.

To properly heed this warning, we must know what an offense is.  An offense is both the action of attacking someone as well as the annoyance or resentment brought about by a perceived insult.  One of its root words means “to strike against.”

Similarly, the simple definition of a contention is “a heated disagreement.”  We don’t need to look very far to find ourselves in the middle of, or a bystander to, heated disagreements: they are even found at our fingertips, on every social media platform.

Given the severity of the outcome of an offense or contention, we must consider this to be our warning, our “proceed with caution” sign, if you will.

As the potential offender, let us slow down and ask ourselves:

Could our words (or actions) be viewed as an attack or strike against someone else?

Do we have any part to play in a brother raising a wall of defense around his heart, even if by a perceived insult?

Are we contributing to a heated disagreement?

Do we stoke the flames of a disagreement or do we walk away (or if on social media, do we keep scrolling)?  It’s wisely been said, “You don’t have to attend every argument you’re invited to.”

When in doubt, if the end result would be a brother fortifying his heart against us, or even worse, against the Lord, would the words or actions we wish to speak or act upon still be worth it?  Let us pause and ask ourselves: Is this worth it?  Is it worth expressing every opinion or stating everything that comes to our mind in light of the possible end result: the severing of a relationship or even stumbling another’s relationship with the Lord?

As the potentially offended one, let us slow down and ask ourselves:

Am I jumping to conclusions as to what I’ve just heard?

Am I assuming, possibly incorrectly, as to what the speaker’s intent was?

Am I believing the best about this person, in this moment, or the worst?

When in doubt, if the end result would be fortifying our heart against a brother or sister, or even worse, against the Lord, should the words spoken or the actions taken by someone else really matter?  Let us pause and ask ourselves: Does this matter?  Knowing what happens in our own heart when offended, when bitterness creeps in, when bars of protection go up, does it really matter?  Or can I, by God’s grace, submit the hurt, disagreement, and insult I’ve just experienced to the only perfect Judge and the only One who truly knows all truth and all hearts?  Instead of fortifying my heart by erecting a wall and building a so-called inner stronghold, can I entrust myself to His care knowing that He is my stronghold, my refuge, my safety?

As we can see, both the speaker and the hearer have a responsibility to guard against the devastating result of an offense.

My prayer has been to speak graciously, so as not to cause offense, and to listen mercifully, to make it hard to be offended (by believing the best about others, not reading too much into things, etc).  May we be women who “proceed with caution,” women who are wise both in their speech and actions as well as in their responses, for the glory of God and the good of our brothers and sisters.