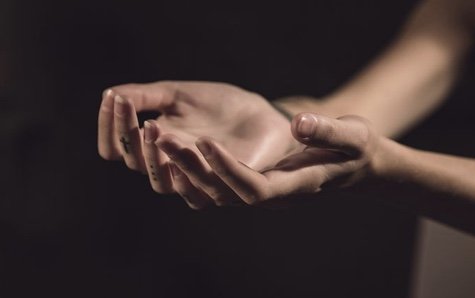 It has been said that the ancient Greek army would select the wildest horses, ones found in the mountains, in order to attempt to break them in and train them.  These horses were determined, strong, and passionate.  As you can imagine, the training process would span multiple months. By the end of the training, the horses would be separated into categories: some would be used for various practical purposes while others would not be found to be of any use and therefore discarded.  The fewest (and best), however, were elevated to status of “warhorse.”  This meant they were now ready to fight in war, to serve a purpose beyond themselves.  These horses had power and strength.  Yet now their power was under authority, their strength was under control.  That once wild, determined, and passionate nature?  It was now disciplined.  The out of control and rebellious nature?  It was now brought under control.  Specifically, it was brought under the control of its master.  These horses were still strong, passionate, and fierce.  They were able to gallop into the face of arrows and torches without being frightened.  Yet they were simultaneously able to slide to a halt at its master’s word and would respond to the faintest of its master’s touch.  Yes, the wild horse had been transformed into a warhorse.

What, might you wonder, does this have to do with our lives?  These horses were now considered to be meek.  They exemplified “strength under control,” “power under authority.”

Of meekness, it has been said, “The meek will inherit the earth…if that’s all right with you!”

That is often how meekness is regarded in our culture.  It could be used to mean anything from ‘gentle’ to ‘easily imposed upon’ to ‘deficient in courage’. But meekness, true meekness, exemplifies strength.  It has been described as a fruit of power.  The key, therefore, is the submission to the Master.  Someone described it as a man (or woman) who is armed with a sword, trained to use it, but knows when to sheath it.  It could be argued that it takes more strength to sheathe one’s sword than to swing it.

How would you describe what a strong woman looks like?  Perhaps as one who always gets her way?  One who pulls herself up and gets the job done?  One who doesn’t depend on anyone else?  One who insists she is right?  Perhaps we can relate to an advertisement in a newspaper which read: “Encyclopedia for Sale—No longer needed—Wife already knows everything!”

Strength is really found in submission, for it is there that the Master’s plans and purposes can truly unfold.  A.W. Tozer once wrote, “The meek man is not a human mouse afflicted with a sense of his own inferiority. Rather he may be in his moral life as bold as a lion and as strong as Samson; but he has stopped being fooled about himself. He has accepted God’s estimate of his own life…In himself, nothing; in God, everything. That is his motto.”

Jesus said, “Blessed are the meek, for they shall inherit the earth” (Matthew 5:5).  As we long to be women made more into the image of Christ, who described Himself as gentle (some translations say ‘meek’; see Matthew 11:29), may we capture the heart behind this special, yet often misunderstood word. May we see what an honor it is to allow the Lord to shape this quality into our lives, by the working of the Holy Spirit!