Under Construction: Lessons from a Pumpkin Patch 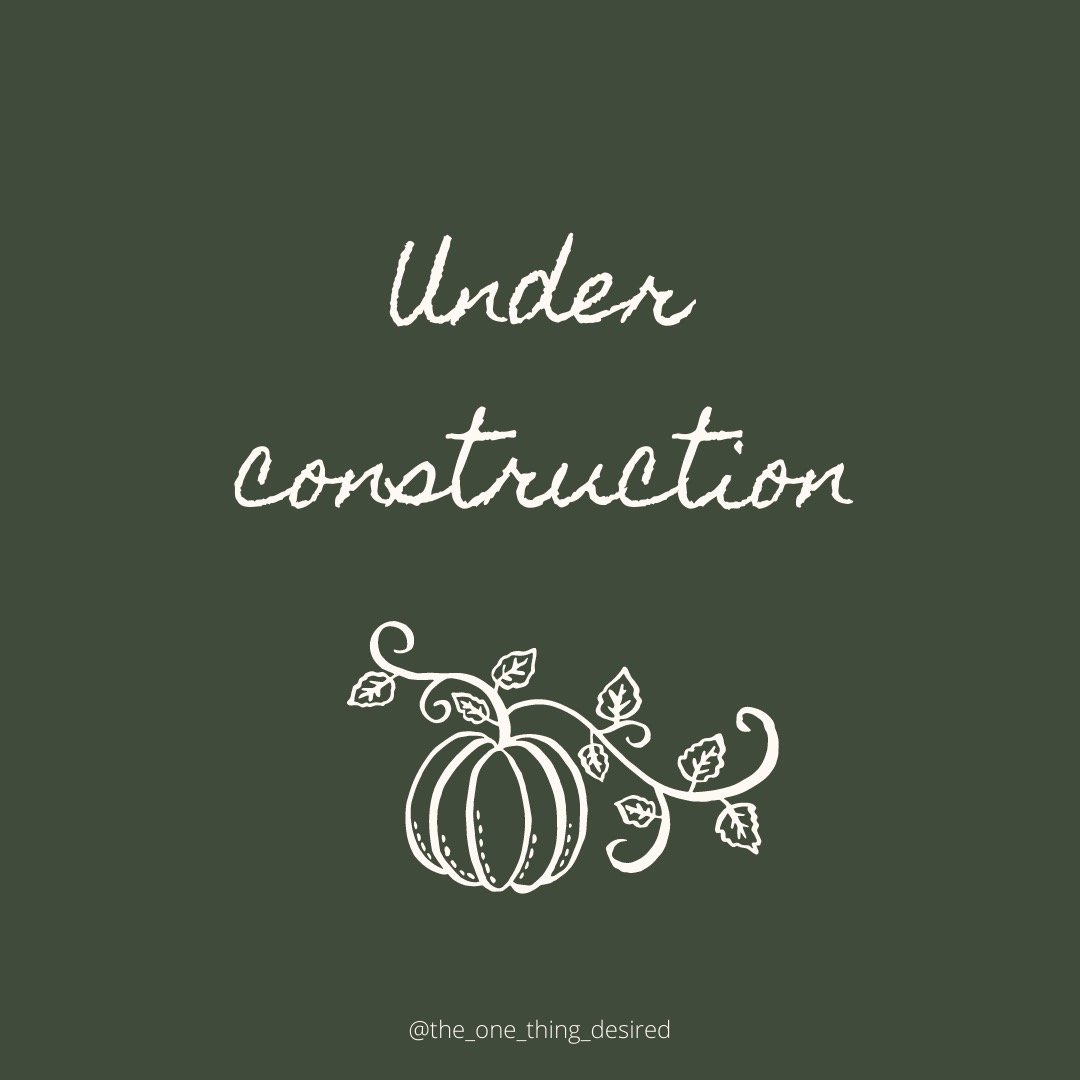 Feeling a bit as though you’re under construction? Read on!

“Under construction.”  Don’t we get so frustrated and impatient when we enter a construction zone?  The lanes narrow and the traffic slows, sometimes coming to a complete halt. We don’t like slowing down or being delayed. We need to get where we are going – and now!

How easy it is to have the same mindset when it comes to our growth in the Lord. As we know from planting a garden or flowerbed, however, growth is something that just can’t be rushed.

In this verse, Paul shares two things that can help us in our growth process: 1) he acknowledges he hasn’t arrived, he still has room to grow and 2) he has determined that he will press on.

I am reminded of the chorus of an old song:

“He’s still working on me,

To make me what I ought to be.

It took Him just a week to make the moon and stars,

The sun and the earth and Jupiter and Mars.

How loving and patient He must be, He’s still working on me!

There really ought to be a sign upon my heart,

‘Don’t judge me yet, there’s an unfinished part.’

But I’ll be perfect, just according to His plan,

Fashioned by the Master’s loving hand.”

One day as Billy and Ruth Graham were driving through a stretch of road construction, after facing detours and slow traffic, they finally reached the end. All that was before them now was the smooth pavement. A sign caught Ruth’s attention: “End of construction. Thanks for your patience.”

In fact, in Billy Graham’s book, Nearing Home, he detailed what Ruth chose to have written on her tombstone. Inspired by that construction sign, it states nothing other than “End of construction–thank you for your patience.”

Friends, our “construction” will come to an end one day. But until then, let’s press on.

Why?  Because He has promised to do it:

“And I am sure of this, that He who began a good work in you will bring it to completion at the day of Jesus Christ.”  Philippians 1:6

One fall my youngest son planted a pumpkin seed.  After he watered it one day, I asked him, “What does it look like?”  He answered, “It looks like a pumpkin that is growing!”

In other words, it didn’t look like a full grown pumpkin yet, but neither did it look like nothing.  It looked like one that was in progress, changing, and growing.

What a good reminder when we are tempted to grow discouraged or disappointed in ourselves or with others: We are simply Christ-followers who are growing!  He DOES grow us and change us.  Just as with the pumpkin seed, it does not happen overnight. Let’s keep our eyes on Him, allowing Him to do the work in us and in one another, for He is faithful.

We are Christ-followers who are growing!

Therefore, remember: it is not about the speed.  It’s about the direction.

Months ago, as I sat in my doctor’s office discussing the lingering affects of covid, she said, “As long as there is improvement, however slow it may be, it’s ok.”

In other words, as long as there is progress, don’t worry about a time table.  What a life ~ and spiritual ~ principle as well. Sometimes the progress, the growth, the change is slow. Sometimes it’s a mere crawl. The speed does not matter. The direction, however, does.

Paul continued, “I do not consider myself yet to have taken hold of it. But one thing I do: Forgetting what is behind and straining toward what is ahead, I press on toward the goal to win the prize for which God has called me heavenward in Christ Jesus.”  (Philippians 3:13-14)

Paul acknowledged that he “hadn’t arrived” and he was still a work in progress.  And while in progress, what did he do?  He forgot what was behind. He strained for what was ahead. Direction.

Have you ever tried to go forward while continually looking back?  It doesn’t work, does it?  It’s been said that in the spiritual life, direction makes all the difference.

Paul shared two key phrases for us to consider as we think about OUR direction: “forget what is behind” and “strain toward what is ahead.”

In the Bible, “to forget” means “to no longer be influenced or affected by.”  It means we don’t allow the past to control or influence our present. Paul was continually forgetting. It was his pattern to do so as he “strained toward what was ahead” (literally as he “stretched forward”).

For those feeling stuck or discouraged, take Paul’s example to heart.  Focus less on the speed and more on the Savior. HE is the Prize toward which we run and HE is the One who accomplishes the work!

It’s been said that the motto of the Christian is, “Onward and upward!  Progress in the divine life!”

Just keep stretching, like a pumpkin that is growing.